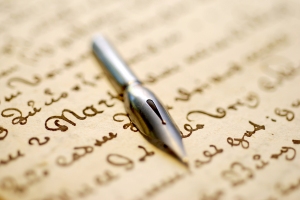 On the 14th of October 2013, at an extraordinary and poorly attended AU summit, a malicious draft resolution was distributed, which calls explicitly for immunity from prosecution for sitting heads of state and senior government officials. It is funny that few self proclaimed elitists will look at us and spit in our faces. How can a man be above the same law that made him?

We have embraced a strange religion called “Democracy”and with our egress we have swollen in jingoism, in defiance and in irresponsibility. Drunk with the idea of peace — conceived as the absence of the shock of bombs and sudden death — we have sold out on moralities. We have watched the integrity of our judiciary and legal system be dragged through the gutters and all our cries of disgust and outrage now seem, in hindsight, to have been mere whimpers of childish protest in the grander scheme of how the whole saga played out. Read N32bn Police pension fund theft, $620,000 bribe scandal, Stella Oduah and 255 Million Naira BMWs e.t.c)

We have watched too long without comments, now it is evident they want to idolize themselves. Someone must be responsible; someone must ask to see the accounts.

The ICC has prosecuted Europeans, Asians, Arabs and Africans will not and should not be allowed to exempt themselves.

Yours Truly,
Sol.
@Dpartiality
NOW ON TWITTER: #DebateNigeria Join the conversation every Friday by 9am. Be heard, Take actions.

This site uses Akismet to reduce spam. Learn how your comment data is processed.